When I first began studying leadership years ago, I’d find myself in conversations when someone would invariably share a leadership challenge with me. Sometimes, I’d even know how to solve it. I’d usually reference a book or an idea I had recently studied. Sometimes in my enthusiasm, I’d even go out and purchase the resource for them. Unfortunately, when I followed up a few weeks later to find out what had happened, they had rarely bothered to look at what I had provided them.

Several years later, I got a lead role on a consulting assignment to develop a plan to significantly improve an organization’s corporate culture. In fact, I was told this was my chance to “really shape the project.” I spent the next few months analyzing employee survey data, referencing strategic plans and carefully crafting a solution. Finally I got to present my plan to a senior client in a boardroom meeting and was thrilled when he accepted it. Now it was time to get to work. But much to my chagrin, a bigger problem soon emerged: no one wanted to take responsibility for seeing the plan through.

These experiences confirmed for me a simple but poignant lesson: you can’t want something for other people more than they want it for themselves. It doesn’t matter how much you care if they don’t.

I was standing in front of a roomful of corporate employees about to launch into my training session. I knew the course content had the potential to make a strong impact in their communication and relationships and I had some specific learning goals for the group. But I resisted the urge to dive straight in. Instead, I shared a brief but vivid story about a time the principles I was about to teach had produced an incredibly positive result for me. Only then did I transition to the learning objectives and the course content. Just before I finished, I referenced my story once again and encouraged them to use the new principles we had learned and highlighted an obvious way it would benefit them.

I learned the “Magic Formula” from Dale Carnegie. It involves three parts: an incident, an action and a benefit. Whether your presentation is two minutes long or an hour, the Magic Formula provides a reliable structure and clarifies the action we encourage the audience to take. Here’s how it works.

You walk down the hallway at work and just as you are about to greet a co-worker, he instead stares at the floor as he passes by. Later on, you realize in a meeting that a “random” co-worker you smile at each day actually provides your most important reports. So you finally break the ice and introduce yourself. Then at a promotion reception in your honor, an old co-worker congratulates you but you can’t for the life of you remember his name. You fumble for a cliché nickname, leaving both of you embarrassed.

None if this would have happened if your organization simply had name tags.

It’s been said that the term “change management” is a misnomer because if you are trying to “manage” change, you’re already too far behind! Change must be led from the front. Because of that, when I first discovered John Kotter’s eight stage process for creating major change in a university textbook (and published in his international bestseller Leading Change), I knew I had stumbled onto something incredibly valuable.

So how do you go about creating change in your organization? Change seems like it should be simple enough – until we experience resistence from people who want things to stay the same. What’s the solution?

There are two times most people start thinking about leadership. The first is when they experience poor leadership for the first time. Usually one of their first bosses rubs them the wrong way or they have a poor customer experience from a trusted organization. The second time is when they are put in a position of leadership and experience their first leadership challenge. What once appeared to be so easy, so intuitive, so common sense is now complicated and stressful!

Last month I had the privilege to write a guest post on Eric Jacobson’s leadership blog. I shared the 9 principles Dale Carnegie taught on how to be a leader. (Dale Carnegie is author of the classic book How to Win Friends and Influence People). This was one of the most enjoyable posts I’ve ever written.

This post is excerpted from Nathan’s book Ignite Your Leadership Expertise.

In recent years, we’ve seen a new emphasis placed on the art of listening. It can’t be because listening is all of a sudden more important than it ever was before. Maybe the nature of work in the information age means the the cost of misunderstanding is higher. Or perhaps the experts have been burned by poor listening one too many times and decided to produce more thought leadership on the topic.

At any rate, study after study demonstrates the importance of listening for communication, leadership and influence. We are apparently able to listen about three times faster than we can speak, but we also forget most of what we’ve heard. Listening been identified as one of the top qualities employers seek. And the ability to listen well has been tied to the ability to lead. Leadership is impossible without communication and communication is impossible without listening.

Everyone wants to be hired, to lead well and to be understood. So how can we learn to listen more effectively? The first step is to distinguish between the various listening levels that exist. Here are five of the most common ones:

Several years ago I had the pleasure of participating in a 16 week leadership coaching training course with the Center for Coaching Excellence (CCE). Since that time I’ve had the pleasure of coaching a number of of business owner or organizational leaders. I enjoyed the insight and techniques I was taught, but the most significant thing I came away with was the relational effectiveness of CCE’s core values for coaching. For anyone wanting to influence others, I think it represents the bottom line.

The value that stood out the most was “believing the best” about other people. Think about that one for a minute. What does believing the best actually mean? How often when we talk or relate with someone do we believe or assume the absolute best about the other person? What could happen if we did? What would it take to get there?

Last year I got the opportunity to write an article for Toastmaster Magazine.  I put my heart and soul into writing a funny and helpful article that related my experiences in Army Special Operations training to the pressure of preparing a professional presentation on short notice.  I learned one thing: if you’re fortunate enough to have an article featured in a publication with over 270,000 subscribers, someone is bound to read it!  Even though the article ran in April, 2011, I recently received an email from a Toastmasters Club member in the UK saying how he’d like to organize a “stress test” speaking event, like I wrote about in the article.

As I mentioned in my last post, I’ve had a blast in my pursuit to become a competent public speaker.  However, if I hadn’t practiced, I wouldn’t have been nearly as effective under pressure.  That’s why I’ve invested in programs like Toastmasters and Dale Carnegie.

One of the ideas I really latched on to when I started taking leadership courses in graduate school was John Maxwell’s quote, “everything rises and falls on leadership.”  But I was also challenged by a response my leadership friends came up with, that leadership rises and falls on communication.  If they were right, then it didn’t matter what I learned about leadership if I couldn’t communicate it.  A quick self-assessment revealed that I could write, converse, and lead small group discussions, but I lacked training and experience speaking in front of groups.

Right then and there I promised myself I would become a better public speaker.

The more time I spend with military and national security leaders, the more I’m convinced of the magnitude of a certain leadership quality: courage. That might not surprise you; everyone knows military service members need courage to put their lives on the line every day. There’s no debating that, but the courage I’m talking about applies to all leaders everywhere, whether your organization is made up of hundreds of thousands of people, or just a handful. Let me explain.

Have you ever stopped to think about how your perceptions of any given institution are formed? By institution, I mean anything from an organization, group, idea, person, legislation, or even religion. Most of us are quick to form our opinions, but how informed are those opinions? 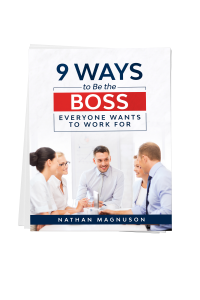